Fighting The Abuse of Children With Hearing Impairment #VAANINoGoTell

The Human mind is very complex.

The thinking power and intelligence of the human species have allowed us to harness nature for all our needs. We have even managed to reach beyond the Earth and moon reaching into distant galaxies, but here at home, there are still many examples of criminal acts arising out of deadly sins such as anger, greed, lust and so on.

Sexual assault, especially against a child, is a crime, which exposes the lowest level of perversity down to which a criminal mind can plunge. The innocence of childhood, and even teenage, makes them an easy victim of a cowardly criminal mind.

Child sexual abuse (CSA) is a serious and widespread problem in India, as it is in many parts of the world today. Statistics show that in India, every 155 minutes, a child under 16 years of age is sexually exploited. Ref:(PDF) Child Sexual Abuse in India: Current Issues and Research. Surveys show that 90% of people who sexually exploit children are people whom the children know or trust, such as family members, relatives, or neighbours. Sexual assault can also maim the child permanently.

Sexual exploitation is not rape alone. There are many forms of abuse such as: clicking indecent photographs of children, making children watch pornographic content, physically teasing them, etc. The trauma associated with sexual abuse can contribute to arrested development, as well as a host of other psychological and emotional disorders – children can become guilty, fearful, lonely and worried.

Vicious minds find deaf children and teens a soft target to catch by pretending to care and love. Bullying methods may also be used, knowing full well that the child will not be able to report the act and name the perpetrator in a coherent, effective manner. Witnessing the harrowing ordeal of a 12-year-old child dealing with an unwanted pregnancy was the very impetus which resulted in the founding of VAANI by Ms.Brinda Crishna.

Communication barriers make it difficult to teach deaf children ideas such as personal safety and healthy touch. They lack skills of socialization and have decreased opportunities for incidental learning by observing the social behaviour of others. There is also a paucity of useful educational resources such as safety curricula and sexual abuse/kidnapping prevention programs.

Considering that the danger may be lurking close by, it is necessary to teach children right from early childhood about  “Good Touch” vs “Bad Touch”, knowledge of body parts, body privacy of self and others, the role of parents, nurses, doctors as regards a child’s body, saying “NO” to adults who violate these rules, and the need to tell parents if anyone behaves inappropriately.

Prevention is always better than aftercare.

The communication barriers in teaching deaf children need to be tackled by both parents in this case. VAANI, through its #VAANINOGOTELL campaign endeavours, to help parents and teachers first overcome their own inhibitions in addressing this issue.  It is important to use correct anatomical terms in explaining body parts and right or wrong actions.  Teachers and parents learn to use visual aids, they are coached to establish an open dialogue with the child and to teach by discussing everyday happenings with children. This gives them the confidence to approach parents or caregivers, without feeling guilty or confused.

This DEAF AWARENESS WEEK, VAANI is launching an online sensitization campaign to increase public awareness on this topic of ‘Child Sexual Abuse Dangers To Hearing Impaired Children’, from. September 23rd, 2020.

If you are a parent, child, non-profit organization working in the field, corporate organization or community worker and would like to get involved, please write to VAANI @ < vaani@vaani.in>

Muslima Bibi From Malancha West Bengal This is the story of a mother who left no stone unturned to give her deaf children an education. Muslima, VAANI and their supporters made a miraculous change in a small village in Malancha. We are sure that every village in India can see 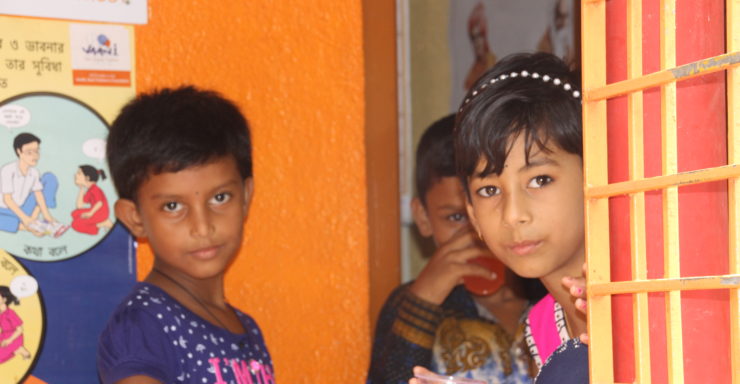 Folks, these are testing times for each and every one of us. Imagine a fellow Indian who is unable to express one's fears to even their loved ones. It would be scary, right? We at VAANI have been helping deaf children and their parents to communicate and understand each other